This past Sunday, Americans finally had a chance to experience a bit of joy through an American classic, the Super Bowl, in spite of its ultra-woke opening and the fake news media’s moralizing (i.e., criticizing the name of the Kansas City Chiefs due its presumed offensiveness, as well as a number of other absurd commentaries).

On top of the Super Bowl, however, another surprise announcement came from one of Trump’s most ardent supporters: Candace Owens. Owens, a spright conservative with high intelligence of political affairs and limited tolerance for nonsense, released a Tweet Sunday evening that unleashed a firestorm in the media world.

What did Owens say, exactly?

Owens, who will turn 32 years old this year, will meet the minimum age threshold to become president by 2024. She has become well known for her opposition to cyber bullying, as well as her high level of support for conservatives and Pro-America initiatives.

Furthermore, she was also one of Trump’s staunchest defendants, and she emphasized Trump’s genuine efforts to improve the lives and livelihoods of Black Americans, which stands in stark opposition to the Democrats’ advocacy of permanent government dependence, which of course comes with strings attached: Vote Democrat … or else.

Owens, on the other hand, has blasted the Democrat approach and called it out for exactly what it really is, including its cyberbullying elements, which Owens fervently opposes. 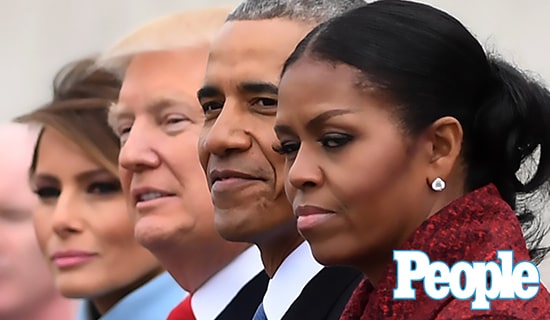 “What you’re talking about in terms of the views and comments, we’re talking about social lynchings that we’re seeing play out today. You know, back in the days of slavery, black Americans were punished if they had the audacity to get up and leave and walk away from Democratic plantations, obviously severely brutalized and punished via lynchings …

And today we see social lynchings take place, like ‘The View’ people saying, oh, well, you’re a prop. You’re a coon. You’re an Uncle Tom. All of these various slurs that are used when a black American stands up and ordains, to think for themselves and say that they align themselves with conservative principles.” [Source: Fox News]

In other words, Owens tells it exactly like it is, much like Trump, which highly endears her to American Patriots.

Needless to say, news of Owens’ potential presidential big began trending rapidly, especially since leadership from individuals such as Owens would be greatly welcome in an ultra-leftist, upside down Biden administration.

Trump himself has spoken highly of Owens, publicly praising her on Twitter (before Twitter became the full-blown, highly biased political gestapo that it is now, of course).

“Candace Owens of Turning Point USA is having a big impact on politics in our Country. She represents an ever expanding group of very smart “thinkers,” and it is wonderful to watch and hear the dialogue going on…so good for our Country!” [Source: The Guardian]

Moreover, given chilling news on the leftist front, Owens’ presidential bid very well may offset the nefarious efforts of Stacey Abrams, who is widely rumored to be mulling a potential presidential run herself, particularly after her “success” in “mobilizing the vote” (or mobilizing the steal, which is one and the same to Democrats) in Georgia, first in terms of the presidency, second in terms of the Senate.

No wonder Ms. Abrams seems so pleased with herself in recent public appearances, as she’s succeeded in making a total mockery of voting procedures in Georgia. After failing to become governor herself (and throwing a predictable tantrum over her loss despite raging over Trump’s legitimate questioning of the election, like a classic leftist).

Unlike Trump, Ms. Abrams had the benefit of in-person voting in 2018, and she lost fair and square. Although she predictably blamed “voter disenfranchisement” for her loss.

More specifically, Ms. Abrams insisted that election officials are “making it harder to register and stay on the [voter] rolls.” However, Georgia was in “full compliance” with the National Voter Registration Act, undermining Ms. Abrams’ absurd claims.

In other words, back in 2018 election officials actually followed the law, which means removing unqualified voters from voter rolls. You know, like people that haven’t lived in Georgia for more than a decade, if they ever really lived there at all.

So, Ms. Abrams, sorry all the felons, the deceased, and illegal “non-citizens” didn’t vote for you in 2018. Though with the voting scheme you and your equally leftist “judge” sister, all the unqualified voters, including apparently imaginary voters, came out in droves for Democrats in 2020 and 2021.

For this reason, GOP strategist Karl Rove indicates Ms. Abrams may have set sky-high sights for herself, including a shot at the presidency in 2024.

In such a circumstance, Owens’ own presidential bid would be more crucial than ever, as she certainly has America’s interests at heart first and foremost.

Ms. Abrams, on the other hand … 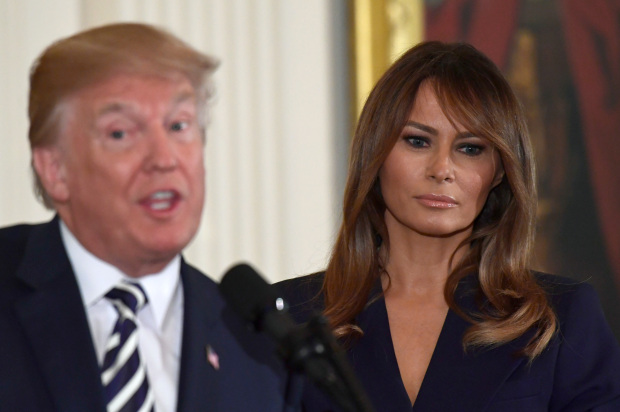 First Lady Refuses To Follow Michelle Obama's 'Rule'
Stunning Melania Trump can't be pushed into doing anything she doesn't want to do...
Find Out More

Cuomo Blasted With Sexual Misconduct Claims — ‘Me Too’ Leaders Silent

Cuomo Blasted With Sexual Misconduct Claims — ‘Me Too’ Leaders Silent